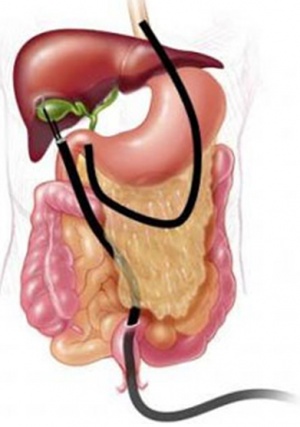 A schematic of NOTES 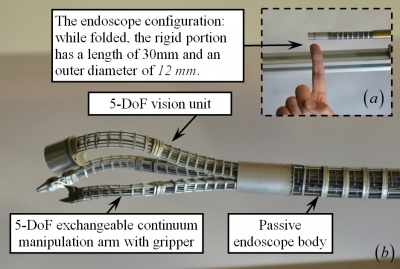 The endoscopic robotic surgical testbed for NOTES: (A) the folded configuration (B) the working configuration 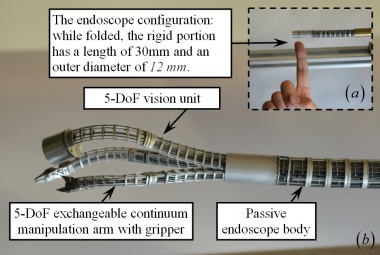