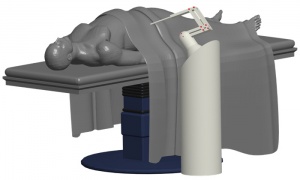 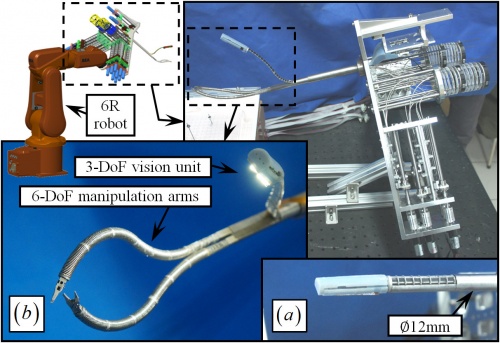 The SURS robot: (a) the folded configuration with an outer diameter of 12mm, and (b) the unfolded working configuration